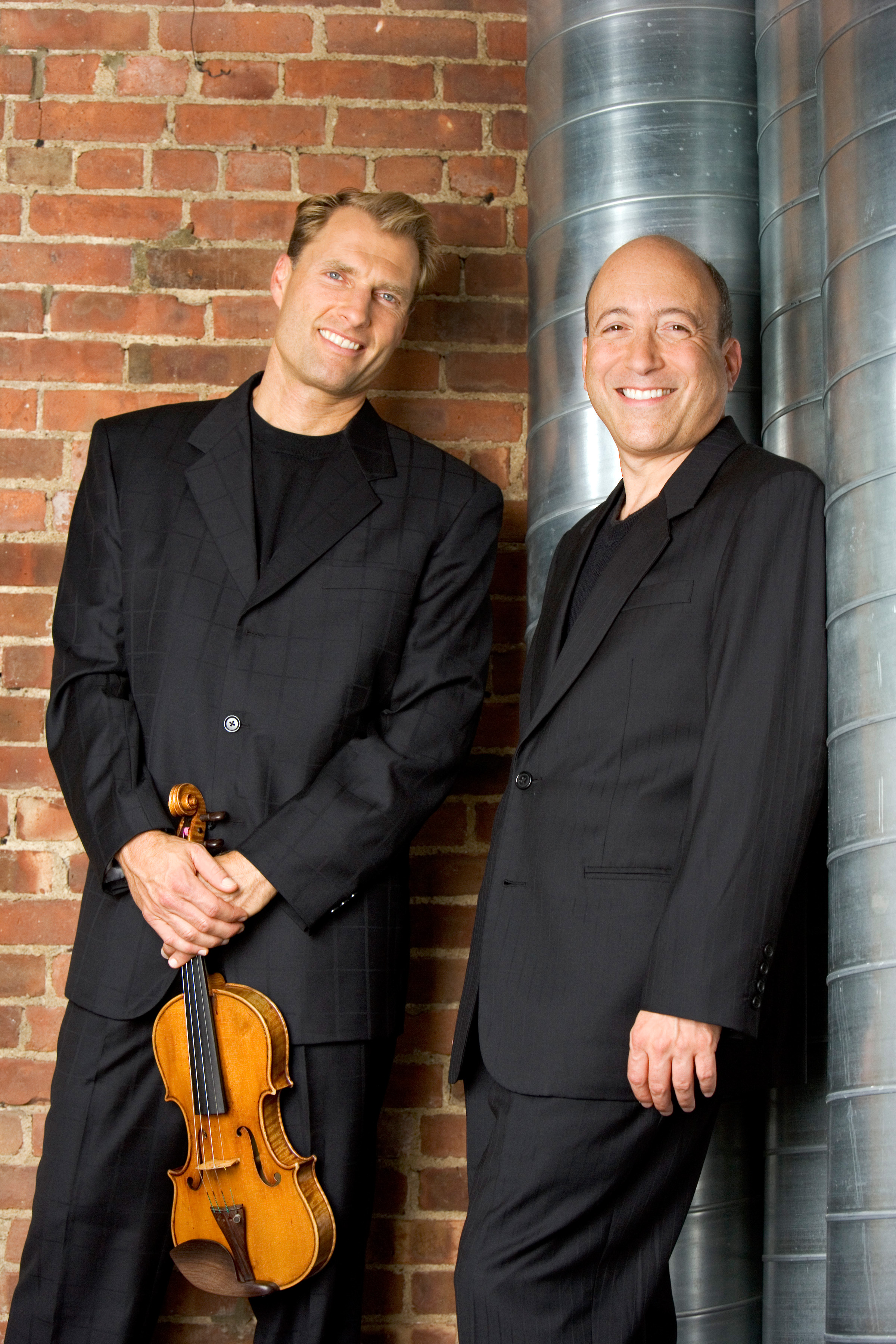 Opus Two has been internationally recognized for its “divine phrases, impelling rhythm, elastic ensemble and stunning sounds,” as well as its commitment to expanding the violin-piano duo repertoire. The award-winning duo, comprising violinist William Terwilliger and pianist Andrew Cooperstock, has been hailed for its “unanimity of style and spirit, exemplary balance and close rapport.”

Opus Two first came to international attention as winners of the United States Information Agency’s Artistic Ambassador Auditions in 1993 and has since performed across six continents, including major tours of Europe, Australia, South American, Asia, and Africa. Their US engagements include performances at Carnegie Hall, where they performed Haydn’s Double Concerto for Violin and Piano, Lincoln Center, Merkin Hall and a standing-room-only recital at New York’s Library for the Performing Arts. State Department associations have taken them to Japan, Korea, Russia, Ukraine, Germany, France, Switzerland, Peru, Ghana, and Australia, and they have also held multiple residencies in China. The duo has presented master classes worldwide at a number of prestigious institutions such as New York’s Juilliard School, Beijing’s Central Conservatory, and Kiev’s Gliera Conservatory.

Champions of American music, Terwilliger and Cooperstock have recorded Gershwin: Music for Violin and Piano, which features selections from Porgy and Bess, Gershwin’s original Short Story, Jascha Heifetz’s arrangements of An American in Paris and Three Piano Preludes, and newly commissioned arrangements by Broadway conductor/arranger Eric Stern of selections from Gershwin’s musical Girl Crazy and classic songs from the Gershwin Songbook. Singer-actress Ashley Brown, Broadway’s original Mary Poppins, joins them on Stern’s renditions of Love Walked In and Nice Work If You Can Get It. American Record Guide calls this an “excellent recording” in which “the performers throw themselves into this fresh look at Gershwin with enthusiasm and enjoyment.” The duo has created a multi-media program dedicated to this music and has presented it widely including a 20-concert tour of the Southeast and a highly praised performance at New York’s 54 Below.