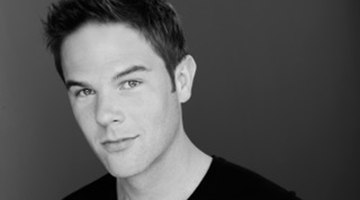 Friday Musicale is proud to welcome Dr. James Hall, a faculty member in the UNF School of Music recently awarded with the Gerson Yessin Distinguished Professorship. Hall enjoys an active and varied performing career that includes opera, oratorio, chamber music and solo recital. A specialist in high tenor repertoire, Hall is frequently called upon as tenor soloist in Orff’s Carmina Burana. He has performed to rave reviews in some of the nation’s most prominent concert halls.

Consistently praised for his soaring upper register and vocal beauty, Hall has appeared in concert halls throughout the United States and abroad. Most recently, he was a featured guest artist at the Gwyl Beaumaris Festival in Beaumaris, Wales, United Kingdom.

Well-regarded as an accomplished vocal pedagogue, Hall has presented numerous lectures and guest master classes at universities and music conferences throughout the world. In 2015, Hall joined the summer faculty at the prestigious Interlochen Arts Camp in Michigan. Students under his tutelage have been accepted to the nation’s leading conservatories, including The Eastman School of Music, New England Conservatory, Cincinnati Conservatory of Music, Peabody Conservatory, and the Shepherd School of Music, to name a few. Hall is a graduate of Rice University’s Shepherd School of Music and the Maryland Opera Studio.