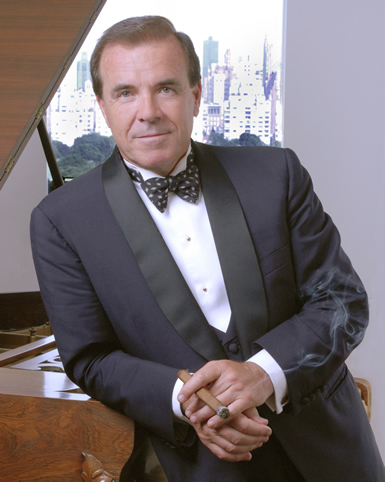 Now in the sixth decade of a distinguished global career, MISHA DICHTER remains one of America’s most popular artists, extending a musical heritage from the Russian Romantic School, as personified by Rosina Lhevinne, his mentor at The Juilliard School, and the German Classical style that was passed on to him by Aube Tzerko, a pupil of Artur Schnabel. He also studied composition and analysis with Leonard Stein, a disciple of Arnold Schoenberg.

Born in Shanghai to parents who had fled Poland at the outbreak of World War II, Misha Dichter and his family moved to Los Angeles when he was two; he began studying the piano at five. At the age of 20, while enrolled at the famed Juilliard School in New York City, he won the Silver Medal at the 1966 International Tchaikovsky Competition in Moscow, which helped launch an enviable concert career. Shortly thereafter, on August 14, 1966, Mr. Dichter was the guest soloist in a Tanglewood performance of Tchaikovsky’s Piano Concerto No. 1 with Erich Leinsdorf and the Boston Symphony Orchestra, a concert that was broadcast nationally on NBC and subsequently recorded for RCA. Two years later, he made his New York Philharmonic debut under the baton of Leonard Bernstein, collaborating on the same concerto. Appearances with the Berlin Philharmonic, Amsterdam’s Concertgebouw Orchestra, the principal London orchestras and every major American orchestra soon followed.

A recognized champion of Leonard Bernstein’s Symphony #2, Age of Anxiety, Misha Dichter performed this great work with David Zinman and the Chicago Symphony Orchestra at the 2016 Ravinia Festival. During the 2017-18 season, he collaborated on Age of Anxiety with Maestro Zinman and the Deutsches Symphonie-Orchester Berlin, David Itkin and the University of North Texas Symphony Orchestra and Ward Stare and the Rochester Philharmonic Orchestra.