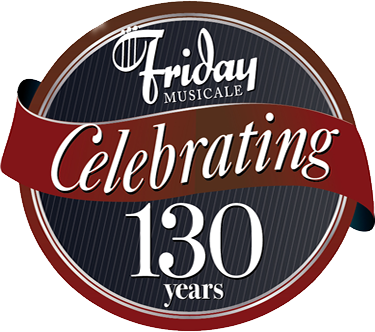 Praised by Opera News for his “persuasive acting” and “attractive voice”, baritone Tyler Alessi has been seen in opera houses and concert halls throughout the United States as well as in Europe. His solo concert work includes appearances with the Cincinnati Symphony Orchestra, Dayton Philharmonic, Des Moines Metropolitan Opera Festival Orchestra, the Asheville Symphony, and the Los Angeles Bach Festival Orchestra. In 2009, Mr. Alessi made his European debut performing the baritone solo in Carl Orff’s Carmina Burana with the Udmertian Symphony Orchestra. Recently, Tyler performed the role of Jesus in Bach’s St. John Passion with Collegium Cincinnati.

Dr. Alessi has performed a wide range of operatic roles. His most notable roles include, John Sorel in The Consul, Ford in Falstaff, Don Alfonso in Così fan tutte, Spencer Coyle in Owen Wingrave and William Dale in Silent Night. Most recently, Dr. Alessi returned to Dayton Opera to sing the role of the Pirate King in Gilbert and Sullivan’s musical, The Pirates of Penzance. Dr. Alessi has also participated in the esteemed young artist programs at Cincinnati Opera, Des Metro Opera, and Kentucky Opera.

A lover of new music, Dr. Alessi sang the title role in the premiere of Austin Jacquith’s ballet, Dracula: Bloodlines with the Dayton Performing Arts Alliance. He also sang the baritone solo in the world premiere of Dominik DiOrio’s Horizon Symphony. Further, Dr. Alessi has been a frequent participant of Opera Fusion New Works collaboration between Cincinnati Opera and the Cincinnati College-Conservatory of Music. Through this collaboration, Dr. Alessi has been able to work with brilliant composers like Jake Heggie, Ricky Ian Gordon, and Jack Perla.  Dr. Alessi serves as Artist in Residence at Jacksonville University where he teaches private voice, opera workshop, and diction.

Adjunct Professor, Dina Barone is a professional musician and educator with vast experience in Concert & Opera. She holds a Bachelor of Music in Vocal Performance and a Bachelor of Music Literature from Shenandoah Conservatory of Music, a Master of Music in Opera from the Hartt School of Music, and extensive post-graduate studies in New York City as a private student and associate teacher of internationally renowned master teacher, David Jones.

She has been a JU faculty member since 2017 where she created & directs the Vocal Jazz Ensemble – The JU RiverTones whose members are predominately BFA – Music Theatre, BM – Education and BM -performance majors. A sought-after ensemble, the RiverTones were invited to open the nationally recognized Generation W’s 2018 Conference. Last year, JU asked the ensemble to perform and help create the university’s first online Holiday Card which was shared with alumni, prospective students, faculty and the community. This newly-founded elite ensemble will continue the tradition of singing at JU’s graduation in the Spring as well as performing on concerts on the Penney Farms concert series, Friday Musicale, JU ‘s Performing Arts Series, and the RiverTones’s signature SpringSing!

Julian David Bryson is Director of Choral Studies at Jacksonville University (FL), where he leads two ensembles and teaches courses in conducting, musical theatre, and music appreciation. Previously, Julian served on the faculty of Curry College in Milton, MA and was a founding member of Triad: Boston’s Choral Collective.  He has taught elementary, middle, and high school musicians at Randolph School of Huntsville, AL and Carlisle School of Martinsville, VA and holds a doctoral degree in Choral Conducting from the University of Kentucky, writing his dissertation on choral collectives. He also earned degrees in conducting and composition from the University of Tennessee.  As a composer, his work has earned national recognition including winning the Raymond W. Brock Student Composition Contest sponsored by the American Choral Directors Association and the Yale Glee Club Emerging Composers Competition.  Recent commissions include the Florida Vocal Association All-State Choirs, the University of Kentucky, San Jacinto College (TX), First Baptist Church of Huntsville (AL), and the Huntsville Community Chorus, among several other organizations.

Jay Ivey has been seen in such operatic roles as Rigoletto, Lescaut (Manon), the title roles of Don Giovanni and Gianni Schicchi, Morales (Carmen), and Maximillian in Candide with Jerry Hadley. Most recently he performed the role of British Ambassador in the world premiere of the new performing edition of The Ghosts of Versailles by John Corigliano with the Opera Theatre of St. Louis. Other roles performed with Opera Theatre of St. Louis include Spalanzani (Tales of Hoffmann), The Imperial Commissioner (Madama Butterfly), and Priest (Troilus and Cressida). In December of 2008 he was named Artist in Residence at the Opera Theatre of St. Louis and was thrilled to perform the role of Sharpless (Madama Butterfly) with their Opera on the Go program. Jay has also performed a number of oratorio and chamber works including Carmina Burana, the Fauré Requiem, the Brahms Requiem, Händel’s Messiah, Walton’s Belshazzar’s Feast, and Stravinsky’s Pulcinella. He has been a district winner for the Metropolitan National Council auditions, a NATS winner at the state and regional levels, and a finalist in the Mobile Opera competition. James is a recipient of the Nancy Wustman Memorial accompanying award and the Joseph Schlanger memorial opera award from the University of Illinois. He recently performed Barber’s Dover Beach with the St. Louis Symphony string quartet at the Sheldon Arts Center commemorating Samuel Barber’s Centennial. On the other side of the stage, he is an active music director and accompanist, most recently serving as music director for the Indiana University Department of Theatre and Drama. He has also taught at Eastern Illinois University where he was the Director of Music Theatre and Opera. He has collaborated with numerous Tony, Emmy, and Grammy award winning artists both on and off stage.

Selected annually by audition, the twenty-four members of the Jacksonville University Singers perform an eclectic and challenging repertoire spanning the centuries and the globe including Renaissance polyphony, Baroque and Classical masterworks, folksongs, music theatre, opera and new music by living composers.  The University Singers have performed for conferences of the American Choral Directors Association, the Florida Music Educators Association, and the Music Teachers National Association.  Other notable performances include concerts in New York’s Avery Fisher Hall, England’s Canterbury Cathedral, Chartres Cathedral, La Madeline – Paris, the Basilica of St. Nicholas – Nantes, and numerous collaborations with the Jacksonville Symphony Orchestra.  The University Singers give over twenty performances each year on campus, in the community and on tour.  A concert tour of Italy in May 2016 included performances in Florence, Venice and Rome at St. Peter’s Basilica.