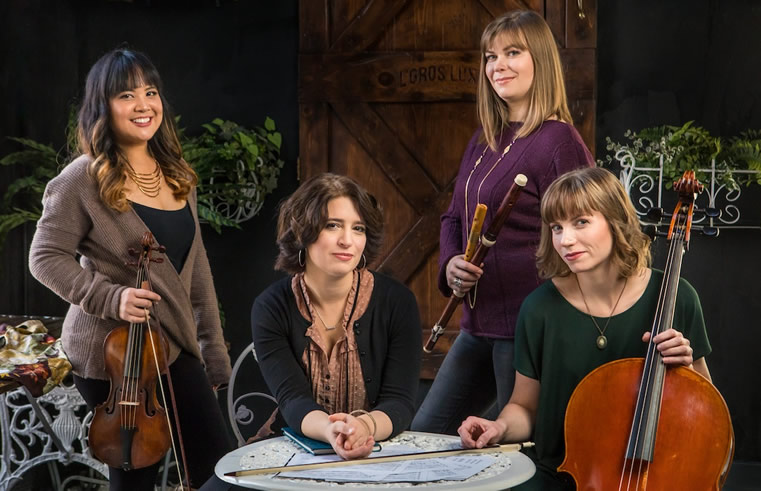 This evening’s concert will be dedicated in memory of Joseph Henson Markham.  He passed away at age 85 on December 24, 2019.  Henson was Friday Musicale’s first male president on our board.  He served in this role from 2010 thru 2012.  Henson’s mother, Wilma also was a past president from 1955 thru 1957.  Henson was a true patron and promoter of classical music throughout his life.  He was very active with Friday Musicale.  He will be missed.

The ensemble is known for the theatrical elements incorporated into their colourful performances. Who Killed Leclair?, an interactive murder mystery soirée, is based on the unsolved murder of the famous musician; Rebels and Rivalries is based on scandalous stories from the lives of great composers; and Son of a Bach! follows the diverging paths taken by members of the famous musical family. Past projects have included Music in Colour, featuring live painting by visual artist Sylvia Chan; and L’arte di Corelli, which combines Italian chamber music with projections of Baroque artworks.