Backtrack is an award-winning, five-person vocal group based in New York City that explores the power of the human voice through unique vocal arrangements, tight harmonies and world-class beatboxing. They infuse heart and humor into every performance and enhance their vocal-driven performances with guitar and vocal looping elements. Their repertoire includes covers of past and present pop music, original compositions and unexpected genres such as classical and electronic music.

Backtrack has taken the stage at venues across the nation, including concert halls, festivals, corporate events, schools, private functions and more. Notable venues include Carnegie Hall, BB&T Pavilion and Beacon Theater. They made a splash in the a cappella community by headlining at the Boston Sings festival and Camp A Cappella. 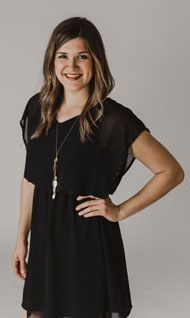 Mallory got the performing “bug” at the age of four when her parents enrolled her in classes and shows at an NYC hole-in-the-wall theater called New Media Repertory. She went on to pursue acting and singing throughout middle and high school in Fort Worth, TX where, as a senior, she won the Betty Buckley Best Actress award for her role as Katharine in Kiss Me Kate. She received her B. A. in Theatre with both musical theatre and marketing concentrations at Northwestern University. During her time at NU she performed in numerous musicals and plays, directed a site-specific production, and served as a four-year member and Show Producer for X-Factors A Cappella. After college, Mallory completed the highly selective 9-month professional training program at Actors Theatre of Louisville during its 14/15 season and has performed in several NYC new play readings and workshops. She has since expanded her creative pursuits into filmmaking; Mallory wrote, directed and edited her own short film through the Manhattan Film Institute and has her own family video business called FamFlix. 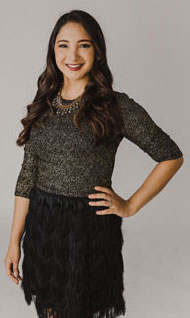 Melissa has been singing a cappella since high school, where she sang with Ridge High School’s award-winning A Cappella Choir in Basking Ridge, New Jersey. During this time, she had the opportunity to sing at Carnegie Hall and served as Soprano I Section Leader. She continued singing a cappella in college, where she sang with Johns Hopkins University’s premiere a cappella group, Octopodes. With the group, Melissa appeared multiple times at the International Championship of Collegiate A Cappella (ICCA) semi-final rounds. The group also placed third at the 2013 SoJam Competition. In 2014, her original song, “Kill the Lights,” was runner-up for the Contemporary A Cappella Recording (CARA) award for Best Original by a Scholastic Group and was featured on the compilation, “Sing 11: One Louder,” produced by the Contemporary A Cappella Society of America (CASA). Since joining Backtrack in 2015, Melissa has continued to write songs and wrote the group’s first original, “Love Me Sweetly.” She looks forward to continuing to hone her songwriting skills and expressing herself through music. 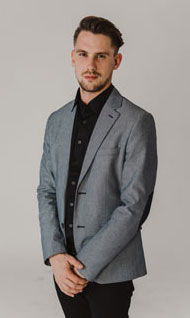 Mike first became intrigued with the entertainment world at the age of 11 performing in community theatre. This led him to Cab Calloway School of the Arts High School where he devoted his studies to musical theatre, drama and vocal performance. There he joined The Jazz Chords, a Festival Disney: Jazz Celebration recognized choir and his love for a cappella music was born. Mike holds a BFA from New York University in Drama, having studied at the Stella Adler Studio and the Lee Strasberg Theatre & Film Institute. During his collegiate years, he was a member of NYU’s original co-ed a cappella group, APC Rhythm, and competed in the Northeast ICCA Semifinals. Since college, Mike has performed in multiple NYC theatre festivals and original musicals, most recently being the Off Broadway run of The Extraordinary Fall of the Four Legged Woman, an a cappella Fringe Encore musical. In his spare time, he sings Spice Girls in the shower and plays with his cat, Monroe. 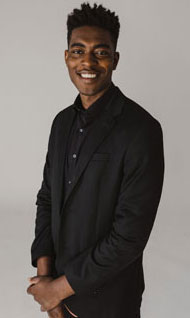 Jojo Otseidu is a bass singer, director and arranger who studied at Ohio State University. Jojo served as Music Director of his school’s elite a cappella group, The Ohio State of Mind, for two years. In 2017, he made history by leading The Ohio State of Mind to the final round of the International Championship of Collegiate A Cappella (ICCA). This marked the first appearance ever of a group from Ohio in the final stage of the competition. Jojo was recognized as an “Outstanding Bass” at the 2017 ICCA Finals. The award is rarely given; Avi Kaplan (formerly of Pentatonix) is the only other bass singer to be recognized by the ICCA judges in this category. Jojo has also been recognized with several Outstanding Arrangement Awards at Varsity Vocals competitions and has taught bass singing classes at Contemporary A Cappella Society festivals. He has sung with Disney’s new touring a cappella group “D Cappella.” Outside of a cappella, Jojo enjoys playing soccer, reading, cooking, exercising and spending time with his friends and family. 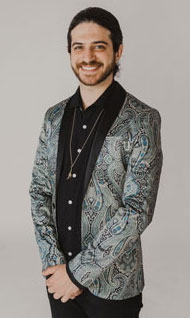 Johnny began his career in music when he picked up the guitar at the age of 14. He performed with bands in high school before attending SUNY Fredonia for classical guitar and sound recording technology. It wasn’t until his senior year of college that Johnny learned how to beatbox and quickly became obsessed. He moved to New York City, where he assimilated into a community of beatboxers, which helped shape who he is today. Since then, Johnny has worked with non-profit arts organizations such as the Hip Hop Re:education Project and Urban Art Beat and has performed at events such as the Brooklyn Hip Hop Festival and the Trinity Hip Hop Festival (where he opened for Talib Kweli). In addition to performing, Johnny has competed in multiple beatboxing competitions. At the American Beatbox Championships in 2015, he placed 2nd in the loop station and 2v2 battles, and placed 3rd in the 2v2 battles in 2016. When Johnny is not dropping beats for Backtrack, he’s working on his first EP that incorporates the performance of live beatbox, guitar, bass and keys with bass heavy electronic music production.