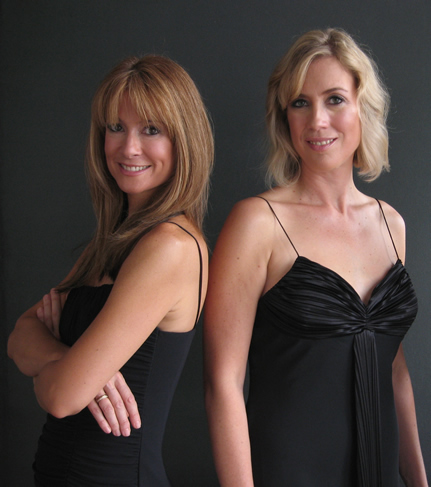 Sunday, March 1, 2020 3:00pm
The Eroica Duo has a long, rich history- even longer than the Eroica Trio’s. When founding members Erika Nickrenz and Sara Sara Sant’Ambrogio were only 12 years old, they had their first musical connection and performances together. The genesis of their partnership started when Sara’s father, John Sant’Ambrogio, then Principal ‘cellist of the illustrious Saint Louis Symphony, was working with Erika’s mother, Joanna Nickrenz, multiple Grammy Award winning Producer, who was recording John at the time. John told Joanna about his mother’s music camp, Red Fox, nestled in the Berkshire Mountains. Sara’s family became virtual music matchmakers, putting the 12 year olds together for the first time- never imagining the amazing careers they were launching for the young duo. Erika studied for the next three summers with Sara’s grandmother, Isabella Sant’Ambrogio, a well-known pianist and pedagogue. As the years passed, the girls were coached by multiple family members; along with John and Isabella Sant’Ambrogio, by Scott Nickrenz, Erika’s violist father; in fact, years later, he hired both Sara and Erika to play together at the prestigious Spoleto Festival, as well as the Gardner Museum Music Series in Boston. As they became young adults and formed the Eroica Trio, Joanna became Sara and Erika’s record producer for many CDs for EMI.

As the Eroica Trio continues their whirlwind tour schedule, Sara and Erika enjoy playing as many Duo concerts they can squeeze in- ever exploring the dynamic and romantic ‘cello and piano repertoire that they have enjoyed playing together since they were just children.