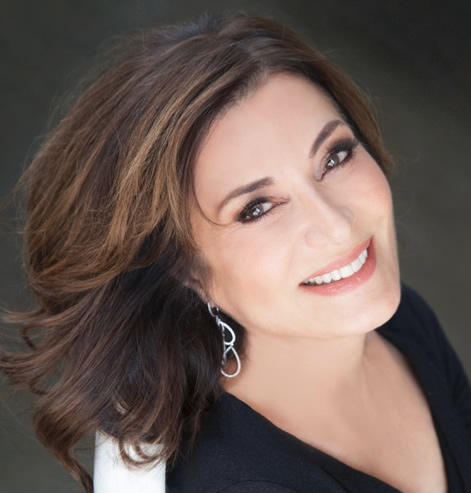 Thursday, May 14, 2020 – 7:00pm
“Donatelli makes it sound so natural to hit the dead center of each note, you can almost forget how rarely it occurs in the rest of the world. Her intonation combines accuracy with ease in a way most singers can only imagine.” … Neil Tesser, GRAMMY® winning Jazz Journalist.

Denise Donatelli is a multi GRAMMY® nominated jazz vocalist alternating between jazz and adult contemporary music. As a Savant Recording artist, Donatelli’s last three recordings Find a Heart (2015), Soul Shadows (2012) and When Lights are Low (2010) have collectively received four GRAMMY® nominations: Three nominations for Best Jazz Vocal Album and one nomination in the Best Arrangement category. Previously, she recorded two albums, What Lies Within (2008), her first Savant Records release, and In the Company of Friends (2005) for Jazzed Media Records.

In addition to her four GRAMMY® nominations, The Los Angeles Jazz Society, whose voting advisors include Herbie Hancock, Quincy Jones and Johnny Mandel, has honored Denise with the 2012 Jazz Vocalist of the Year award. Denise has also been elected to the DOWNBEAT Critics Poll Female Vocalist Rising Stars for the past three consecutive years.

Donatelli’s musical journey started in rural Allentown, Pennsylvania when she was only four years old with classical piano training that continued through her high school years. Her parents who were both musically inclined, subscribed to Columbia and Capital music clubs and gave young Denise access to a large collection of jazz records. She grew up listening and singing along to the music of Ella Fitzgerald, Nancy Wilson, Lambert Hendricks and Ross, Sarah Vaughn, Carmen McRae, Miles Davis, Chet Baker among other notable jazz artists. These records became the soundtrack of her childhood and later would influenced her vocal styling. After a move to Atlanta, Georgia, she turned to singing jazz professionally, honing her skills with a jazz trio at the Ritz Carlton Hotel for several years. Eventually, she moved to Los Angeles where she immediately found her place in the community of well-respected musicians. Denise performs at some of the leading jazz venues, colleges, and with university big bands across the
country.

Described as a “musicians’ singer” by the late saxophonist Phil Woods, her innate musicianship and pure tone have won her spots singing for television episodes of The Simpsons and TV promos for CBS/Paramount and Turner Classic Movies. Her on-camera work consists of national and international commercials for such brands as CNN, Hyundai, Lexus, and Mercedes-Benz. Denise supports the American Heart Association and recently performed at their annual Heart Walk in Los Angeles.