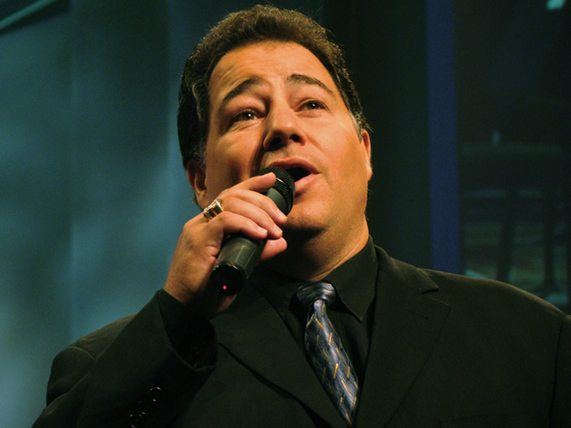 Daniel Rodriguez, the now-retired NYPD officer, helped bring the country an uplifting spirit of promise and hope with his stirring rendition of “God Bless America” after the September 11th terrorist attacks. Witnessing first hand the tragedy of 9/11 brought the realization of how fleeting life is.

At “Prayer for America” on September 23, 2001, a performance by Daniel, led to a meeting with Placido Domingo, followed by an invitation for a personalized period of study at the Vilar-Domingo Young Artist program in Washington. Daniel’s operatic debut took place in June of 2006 where he sang the role of ‘Canio’ in “Pagliacci” with the Chelsea Opera Company in New York City. In 2007 Daniel was awarded “Best Performance by a Leading Male” for the 2006-2007 season by OperaOnline for his portrayal of ‘Canio’ with Granite State Opera.

He has performed at many high profile events including the Republican National Convention and President Bush’s “Celebration of Freedom” Inaugural concert, the National Police Officers memorial in Washington DC. and September 11 Memorial Day services at Pearl Harbor.

Daniel has been a recurring guest on The PBS Memorial Day television concerts at the Capitol in Washington D.C. with Gary Sinise and Joe Mantegna. He regularly performs “The Star Spangled Banner” and “God Bless America” at national sporting events. He continues to welcome the opportunity to work with institutions such as the USO, numerous law enforcement and military organizations. He has toured Europe, New Zealand, Australia and extensively in the US. Daniel is also a member of the New York Tenors, with performances in Carnegie Hall, Lincoln Center and other top venues.

He has appeared on “The Late Show with David Letterman,” “Larry King Live,” “Live with Regis and Kelly,” “Oprah,” “The Tonight Show with Jay Leno” and “The Hour of Power”. Being fluent in Spanish Daniel has appeared on the Latin market’s top TV shows including “The Fernando Espuelas Show,” “Despierta America,” “Al Despertar,” ” Sabado Gigante with Don Francisco” and “El Vacilon de la Manana”

Wherever he goes, Daniel is asked about that fateful September morning and how it changed his life. He was driving over the Verrazano Bridge to begin his shift with the NYPD when the first plane hit the World Trade Center, and was on the ground near the buildings when they collapsed, nearly losing his own life. Nine years later he went back to heal himself. From this journey Daniel continues the quest to rediscover the unity we experienced in the wake of the attacks.

“For a brief period, our differences dissolved. We came together. We treated each other with compassion and generosity. We were all connected. We were one. And then, suddenly… it was gone!”

“Music and spirituality were independent of each other in my life, but after 9/11 it became clear that music was the source of healing and that became the focus of my life.”