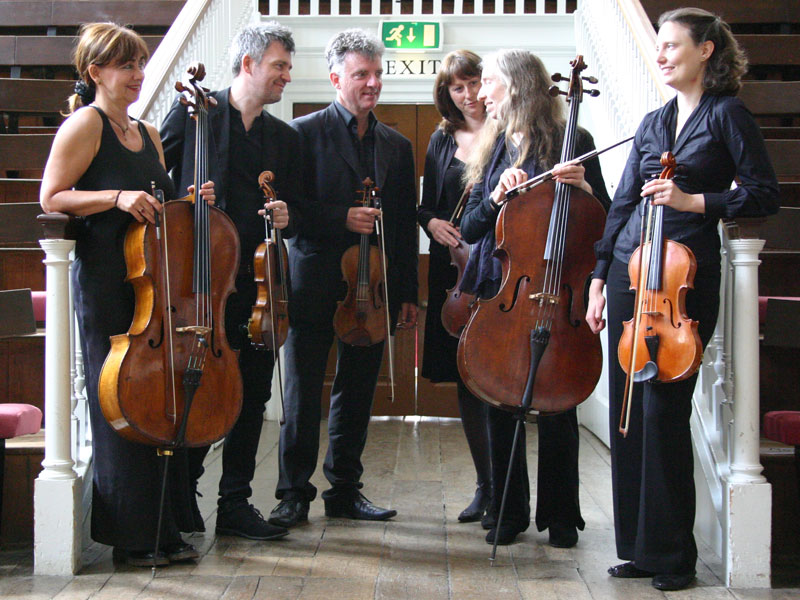 Formed in 1986 by a group of the UK’s finest young freelance musicians, the Adderbury Ensemble have always had a flexible line-up, mixing and matching different players to deliver performances primarily as quartets, quintets or small chamber groups and occasionally adding further instruments to play symphonies and concertos by the likes of Haydn, Mozart, Beethoven, Mendelssohn or Brahms – with or without a conductor.

Everyone who performs as part of the Adderbury Ensemble is an eminent instrumentalist, usually a principal player with one or more of the leading orchestras of Europe. From their early years playing Sunday evening concerts in the beautiful village of Adderbury in north Oxfordshire, the group have gone on to develop a global reputation. They perform regularly throughout Britain and other European nations, and played their first concerts in the United States in Spring 2016. They also helped found the world-famous Oxford Coffee Concerts at the Holywell Music Room, the oldest purpose-built music venue in Europe.

The Adderbury Ensemble have released ten recordings in their own right since their first CD was released in 1997, and individual members have recorded many more, either as soloists or as members of other groups.