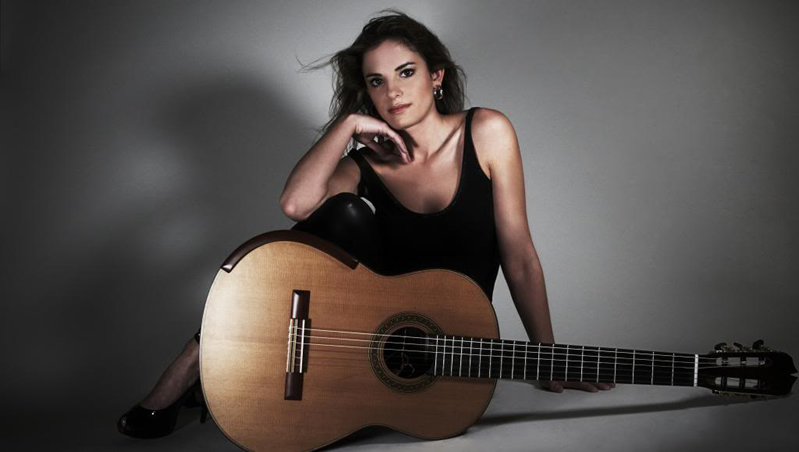 Ana Vidovic is an extraordinary talent with formidable gifts taking her place amongst the elite musicians of the world today. She is known for her beautiful tone, precise technique, well-defined phrasing and thoughtful artistry and musicianship.

Ms. Vidovic has won an impressive number of prizes and international competitions including first prizes in the Albert Augustine International Competition in Bath, England, the Fernando Sor competition in Rome, Italy and the Francisco Tarrega competition in Benicasim, Spain. Other top prizes include the Eurovision Competition for Young Artists, Mauro Giuliani competition in Italy, Printemps de la Guitare in Belgium and the Young Concert Artists International Auditions in New York. In Croatia, the guitarist has performed Symphony Orchestra of the Croatian Radio and Television, as well as having been featured in three television documentaries by the eminent Croatian film director Petar Krelja.